Sun Tzu, a general, military strategist and philosopher of the ancient China wrote in the V century b.C. a famous book called “The Art of War”. Most of you have probably already heard about this book, but for those who not, I’m going to explain a bit what it is about and how it is related with logistics.

The book is not only popular among military theorists, but has also gained wide acceptance among political leaders and business management. Despite its title, “The Art of War” is about strategies in a broad way, focusing on public administration and planning. The text describes theories for battles, but also defends diplomacy, logistics and the cultivation of relations with other nations as essential for the health of a State. 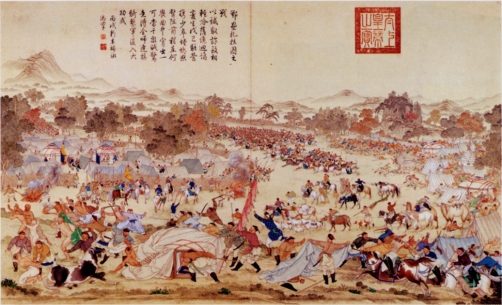 The book highlights two material elements, space and number, and from which arise material consequences (logistics and provisioning) and moral; the spatial measurement, the calculation of cash and supplies. The moral elements are three; the spatial calculation, the calculation of the quantities, the comparisons with the enemy and the possibilities of victory. Among all of them, the victorious commander must take into account, above all, the organization (as logistics students we already know that logistics are a very important part or the organization in any topic).

Among the strategies that Sun Tzu wrote we can find the one of deception, in which the enemy must be shown the opposite of what we are going to do in order to win the battle. The enemy must be surprised by the attacks, because of this you have to deceive him, the troops that arrive at an anticipated time will be rested and calm and will have more security in winning the battle, but the troop that arrives later will tire more quickly and is more likely to lose the battle. That’s on of the reasons why logistics are so important in the war and in the life, if you calculate the time, the quantity, the space and so on, you will have a better control of everything and you will be able to do better strategies.