Germany is a beer country – and that’s so true. It’s not only a greeting which can bridge the gap between people but it also an essential beverage for German for lunch, dinner or even breakfast. Currently, German brewers have managed to create over 5,500 brands of beer (Source: Deutsche Welle online newspaper). And that number is growing because every week a new beer is released on the market.

I visited Tucher which is a brewery and beer brand based in Nurnberg. It was founded in 1672. Behind me, the capacity is nearly 4 millions liter of beer, if the cans are filled. Ultimately, it cost a million Euro. Germans keep empty beer bottles, cans to reuse and they refund a small amount of money for each glass is returned. When you buy a bottle which can reuse, the price will include the deposit so you can get money back when you return the bottle to the recycle machine or any retailer. Hence, if you go to Germany do not waste your money by throw the bottle away. 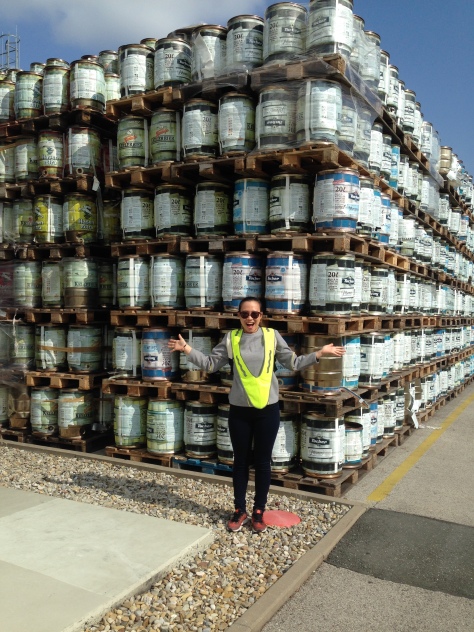 Not only Tucher, every beer factor store the cans as the way to saving money for beer production. Factories collect bottle from the machine or retailers, they clean, refill and stick their label on the new bottle. Additionally, that’s very eco-friendly way to protect our environment.

In the Germany beer topic, The picture below I took in Oktoberfest which is the world’s largest beer festival, held annually in Munich, Bavaria, Germany. It is a 16- to 18-day folk festival running from mid or late September to the first weekend in October. Every year they bustle more than 6 million people from around the world attending the event. It’s full of people everywhere and every time. 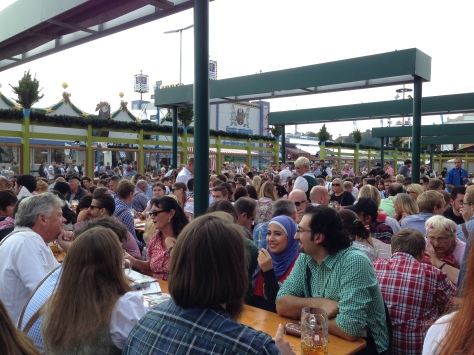 In conclusion, if you are going to a bar or club tonight, grab a bottle of beer, please do not leave it somewhere on the street, let give it back to anywhere can store it and sleep tight with a peaceful soul 😍

One thought on “How the Germany beer factory save a million​ of Euro?”