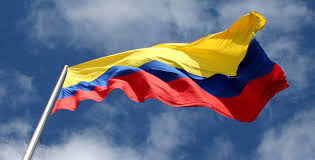 Medellin is the only Colombian city that has Metro, its construction took 12 years until in 1995 it was open.

The metro transports nearly 650.000 passengers every day and constitutes a core asset of the city, moving at a speed of 37 km/Hour it crosses the city in both north-south directions with its 10 lines and 76 stations spreading through west and east, among which we can count the Metro cable ones, but that will be an upcoming topic for a future post.

1 train unit composed by 3 carriages mobilizes 1.165 passengers, whom otherwise to be transported would need 942 vehicles, 18 public service buses and nearly 8 articulated buses.  And as the population of the city grew, the Metro had to keep up, so in 2015 the company purchased 20 trains, each one composed by 3 carriages, to the Spanish company Construcciones y Auxiliar de Ferrocarriles (CAF) through a contract that includes manufacture, supply, transport and kick off, for a total of 88’800.000 Euros, which are going to improve capacity in a 36% and shorten the time interval between trains from 3’40” to 3’15” in rush hours.

In order to complete this project, the trains had to be dispatched from Spain (Bilbao and Sgunto) to Colombia in ships and the tricky part was just to begin, because from the Cartagena port where the carriages arrive, to Medellin, they had to cross 640 km approximately through roads, which I have explained before, are all but adapted and convenient for this tasks, but they are all we got, so what they did was to stop traffic for intervals of 2 to 3 hours so that the trucking rigs could pass without any inconvenience. For the 12 trains received, the whole operation took 6 days and it is expected that by the end of this year all of the 20 will be in Medellin, ready to be put in service for 2018.

One thought on “¿HOW DO THEY TRANSPORT A METRO?”